What's on your mind?

What button do we need to press in order to use tag mode in Sengoku Basara 4 Sumeragi and how can we change our character when using tag mode?

I recently decided to buy All DLC costumes and BGM music DLC packs for my Japanese PS3 Copy of Sengoku BASARA 4 Sumeragi, but I noticed there are like 8 DLC weapons that change the element of their users, and they seem to be Pre-order Bonus and Limited Edition content from Japanese Magazines:

My question would be, is there a way to get them? I cannot see them at the Japanese PSN Store, It really pisses me off.

In Takenaka Hanbei's last level in Sengoku Basara 4 why does he end up fighting with Ishida Mitsunari.

This is the place to talk about your favorite topic, to share news, theories, ideas, and to connect with others. The content from your Forum has been converted to Discussions posts, so nothing has been lost.

To learn more about what you can do here, check out community.wikia.com/wiki/Help:Discussions

If you're an admin on this community, read more about how you can customize your Discussions and set up guidelines for contributors: community.wikia.com/wiki/Help:Admin_and_Moderator_Tools_in_Discussions

In Nohime's Ending in Sengoku Basara 2 is she pregnant with Oda Nobunaga's child as she was closing her eyes and touching her stomach. Also, is Nohime an evil character in Sengoku Basara because she is very beautiful.

Hi Someone changed some items description from English to Thai.

Someone can translate and edit that. (i'm bad at edit pages)

1. Do you know why motochika chousokabe in sengoku basara 1, 2, 2 heroes, x, battle heroes, chronicle heroes (anime samurai kings session 1 +2) has blue eyes and in basara 3, 3 utage, 4 (anime judge end) brown eyes? I search in the web, but i found no anwer. 2. Do you know the difference in his name? Original:長宗我部元親 In basara:長曾我部元親 It's the same spelling except for one sign 長 "宗" 我部元親 / 長 "曾" 長曾我部元親 What is the difference? Thank you for your answer!

I doubt this anime won't be as good as the previous season. it's a whole new season but too much disappointment from this first two episode. For this anime it's better to use the previous production studio, although they managed to keep the voice cast. And also the music is not as good as before.

Don't judge a book by its cover. Guess this proverb don't really work well for this anime. I hope that this anime will be great but it's not.

Hi I just got "Dante" DLC costume it's look so cool but I don't know how to change my sword to "Alastor" pls help! T---T

I've noticed a conflict around character page names and this is not the first this has happened so I wanted to get some thoughts regarding it. The most popular and well-known forms of certain names are of course Hanbei/Kanbei/etc though we are currently using Hanbee/Kanbee/Matabee/etc. These are still correct. But since they're not as familiar, apparently some people are seeing these as errors on the wiki. While I don't really care which variation of the names we use, I am interested in if anyone would prefer one form or another and why.

Been wanting to deal with the top navigation bar for a while, and I see a few more active people so I figured I'd ask and hopefully don't end up talking to myself, but does anyone have suggestions regarding how the navigation bar should be organized?

It doesn't really matter how it's done, since you can have sub-tabs and such. Ideally the game content will be all one section and then anime and live-action as another sections. Though, since there's so much more content regarding the games that may just be its own main tab (rather than overlapping it all to a 'series' tab or something of that like), with the games sub-tabbed below that and then additional menus for trophies or general important information beyond that, etc.

But yeah if anyone has some ideas maybe we can work something out that would be most efficient. 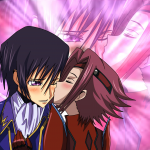